Deal With The Dilemma Of Hybrid And Native

Home Articles Deal With The Dilemma Of Hybrid And Native 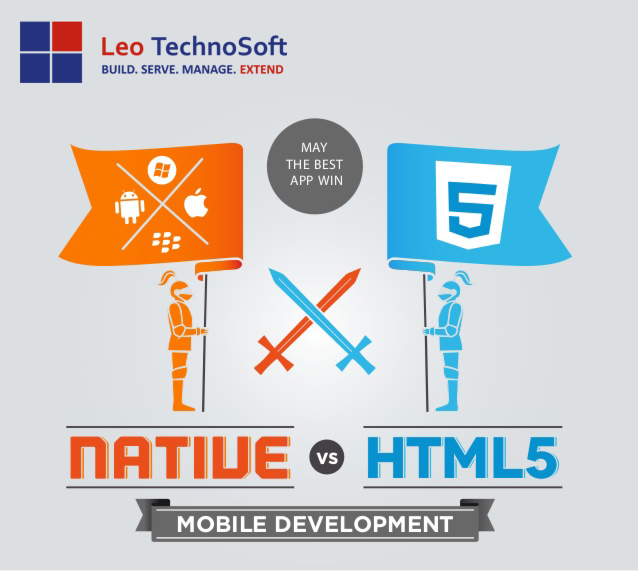 There are two kinds of platforms that can be used to build an app, Hybrid or Cross platforms and Native platforms. Hybrid and Native technologies have their own pros and cons although it is still debatable which framework is better. Businesses fail to take an apt decision when it comes to Mobile App Development as it is difficult to determine which technology is better or suits their needs.

If the budget and time are constraints for you Hybrid Apps may be a better choice. Hybrid Apps are multi-platform apps developed using Cross Compatible technology. Developing an app using Hybrid technology requires lesser time as there is no need to develop separate codes for different Operating Systems. This also helps in reducing the overall development cost as the same HTML code components can be reused on different operating systems. These apps are easy to integrate with devices or web view.

However, they fail to provide a functioning as smooth as the apps built using Native technology. It is hard cater a rich user experience with a single code base for various platforms. They lack some of the features available exclusively to Native Apps and have a higher chance of rejection at app stores. On the other hand, if you are looking for an app that provides a smooth functioning and great user experience then, it is better to use Native technology to build your app.

Native App is a phone or tablet application developed for a specific Operating System. These apps are encoded in a specific programming language. They perform faster and more efficiently than Hybrid Apps and have access to various mobile features such as GPS and contacts. Native technology is used to build various video game apps since it provides a great User Interface and Design.

These great Native features come with a cost. Native apps are very complex as they have a different codebase for various platforms. A lot of time and efforts are required to maintain these apps. Also, the cost to develop these apps is higher since the developer has to write separate codes for different OS. More developers who specialize in different platforms are required to build the app.  Which technology to use for mobile app development depends on various factors such as viability, financial feasibility, time required to build the app and the features that users expect to be in the app. The below points will help you understand the same.

As you do not have to create separate code bases for Android and iOS you save on a lot of time and money. Also, with the help and proficiency of JavaScript and HTML it becomes easier for the developers to build great mobile apps at a lesser cost.

If you are planning to implement a BYOD policy in your company then, Hybrid App is the ideal solution for you. As it works across various platforms and devices your employees will be able to access it from different devices and Operating Systems.

The developers do not need to learn specific languages for the development of Hybrid Apps. A web developer with the skills of HTML 5, JavaScript and CSS can develop a Hybrid App.

Hybrid Apps provide offline support with local storage. You can have access to the data in your app even when there is no internet connectivity and this enhances the overall user experience.

The UI of a Hybrid App is not up to the mark. Hybrid apps most of the times do not follow the interface guidelines set by Apple and Google and thus fail to give the users a Native feel.

You may encounter lags while using a Hybrid App. It fails to provide a seamless user experience as some parts of the app may function smoothly with iOS but lag on Android.

The Hybrid Apps has poor video and audio processing. The apps that are graphic and animation heavy do not work smoothly.

Debugging can be a major issue in Hybrid apps because of the extra layer present between the source code and the mobile app platform. Since developers do not have a deep knowledge of the targeted platform, figuring out the issue can be difficult.

This was about the Hybrid Apps, now let us try to understand the Native Apps.

Native Apps are perfect for high-performance applications and games. As they are developed for a specific platform, they are faster and offer a better performance than Hybrid Apps.

As the Native Apps follow the platform specific UI standards, they offer a smooth functioning and a better user experience. The users can smoothly navigate through the app thus providing a seamless user experience.

Native Apps make full use of the device’s functionality and hardware. They can access functions like GPS, push notifications, address book, SMS messaging etc. The users get to enjoy more features as compared to the Hybrid Apps.

Native Apps are more expensive than their Hybrid counterparts. Native Apps are complicated and multiple code bases are required to build a Native App, this demands for greater number of Android and iOS developers and increases the overall expenditure.

An API interface is required to build a Native app and building it is a time consuming process. Also, different codes are required for Android and iOS platforms and it takes a lot of time.

The Native Apps have a complex framework hence, it is difficult to troubleshoot or update the app. Several Android and iOS developers are required to maintain the native apps across different platforms.

Hybrid apps are basically a combination of native technology, HTML5, CSS and Java Script. Xamarin and Phone Gap are a part of the cross platform framework.

Native apps are made for a specific Operating System. Android and iOS developers use tools such as Android Studio and X-code to develop Native Apps. Native Apps use Swift or Objective-C to write iOS apps, Java to write Android apps and C# to write Windows Apps.

Leo Techno Soft introduced Mobile Lab for the development and testing of applications running on Android, iOS, Windows and Blackberry, along with infrastructure and  scalability  for start-ups and ISV.